Creating an App that Ensures You Remember Every Detail About your Friends. (Favorite Foods, Music Preferences and Holidays)

Packed up the family and transferred to Provo, Utah and started ZooWho.

I was struggling to remember a name from someone I’d recently met. It became embarrassing that I couldn’t remember an important name so I thought, there’s got to be an easier way to record and recall important details about people. I embarked on writing an app that combines the best of users’ contacts, calendar, notes and reminders apps - all geared toward nurturing personal relationships. 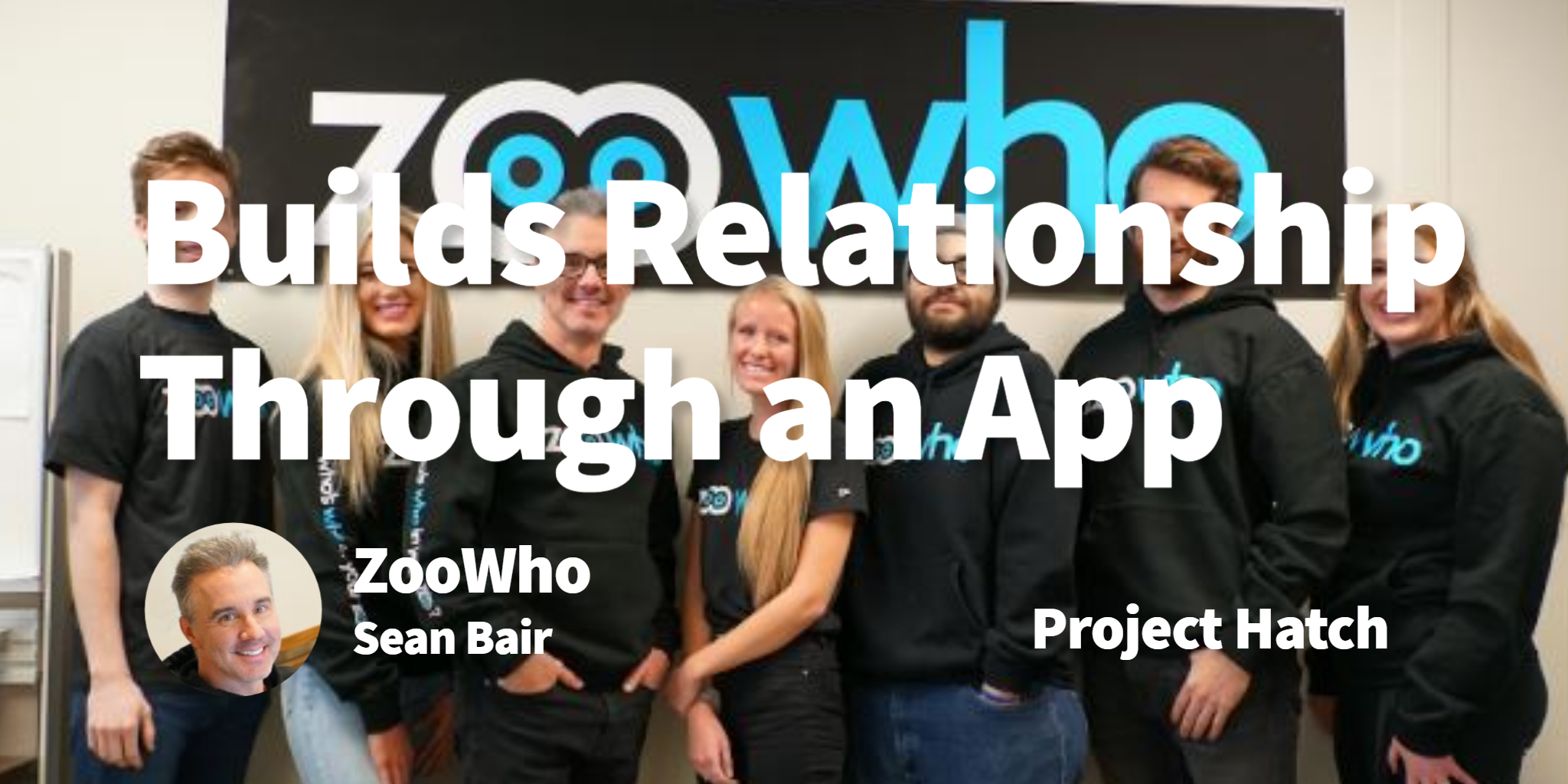 Of course, the app is useful for business too! Much like a CRM, ZooWho enables people to keep track of everyone in their “zoo.” ZooWho turns you into that person who never seems to forget a name, face or fact about someone; the person we all hope to be because it seems they have an amazing memory and care enough about people to remember important details about them.

From concept to deployment it cost approximately $130,000. Those were mostly development costs with some legal fees sprinkled in. Of course then there are all the other important expenditures like, trademarks, website, apple search ads, rent and employee costs. All expenses thus far are funded by me to the tune of about $330,000. The app was market tested early on and found useful by people both for personal and business use. The first users came from some good press received on TV and through print media. Subsequent users are coming through various marketing efforts. The hardest part about growing is getting your one app noticed among the 3,000,000 other apps available.

The target demographic for ZooWho is similar to LinkedIn and Facebook; people who like to keep up to date with friends, family and business associates and appreciate that often it's “who you know” that allows you to get ahead. Research has shown that 75% get their first job through someone they know.

How did you fund the idea initially?Any tips for finding first employees?

ZooWho is self-funded. If you really believe in an idea, you’ll have to fund as much of it as you’re able to before you start asking others for money. After all, how can they know you believe in an idea and are all in if you’re not even willing to risk your own money to make it a reality? Exhaust your own money before you start asking others for theirs. 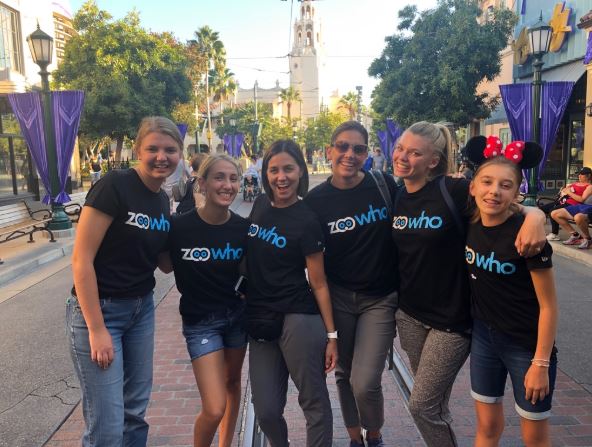 When the idea for ZooWho was first conceived, I found myself at a crossroads with where to locate the business. I was in Gilbert Arizona at the time and, although Gilbert is a wonderful city, I thought the best location would be Provo Utah because of its reputation for tech-savvy people, proximity to several universities and a diverse, multicultural and multilingual community. So, I packed up the family, found a downtown Provo office space, and started hiring people to work at ZooWho. I used the free national college recruiting system, Handshake, to post job openings and was inundated with qualified candidates.

ZooWho generates its revenue through affiliate commissions. When a user of the app uses one of their 200+ affiliates, ZooWho receives a small commission on the sale. Affiliates are selected based on their uniqueness and proclivity for being a “gifting” company.

Did you run any companies prior and what motivated you to start your own business?

I previously founded BAIR Analytics, a company that provided analytical products and services to the Department of Defense, law enforcement agencies world-wide, and numerous private companies like WalMart, Target, Macy’s and others. I sold BAIR Analytics to LexisNexis in 2015.

What have you learned since starting a business?

Business is all about providing people with something useful and continually improving the product based on feedback. Listen to your user or customer and give them what will make their lives easier. If I was starting out in business again the advice I would give would be to do what you’re passionate about and aligned with your interests. Find a way to save people time or money and you’ll be on your way.

Be frugal with your money, or the money of the investors, and find a mentor early; someone who can provide guidance and feedback. Someone who has already had trials and struggles starting and growing a business that can help remove some of those early barriers and provide instruction. There’s no reason to go it alone!

Apps and tools are always changing in business. If you chase the shiny, new toy you may spend more time learning the tool than using it. We are a Microsoft shop with OneDrive and other collaboration tools. Slack is pretty useful too. We use it for quick messages and to drag-drop docs for sharing. ToDoist keeps us on task. We are also a very robust Adobe shop, using almost every one of their apps for creating marketing content.

The best “tool” anyone starting out in business can have are creative people. It doesn’t matter what software you use, if you don’t have competent, creative people, you can’t create the kind of content that will attract attention and grow your user base.

What are your plans for the future of ZooWho?

Growth! We’ve recently finished a survey of our users to solicit what features they’d want to see next. As stated earlier, it’s all about providing the user the features they want to help them become more efficient and effective. As for revenue, we like to joke that we’re “pre-revenue.” Any startup takes a while to get going and to begin seeing revenue, let alone profits. The more people that use ZooWho, the more opportunities we’ll have to see revenue through our affiliate links. The goal is to grow ZooWho so that every corner of the globe can benefit from its features and use it to nurture their relationships; friends, family and business. 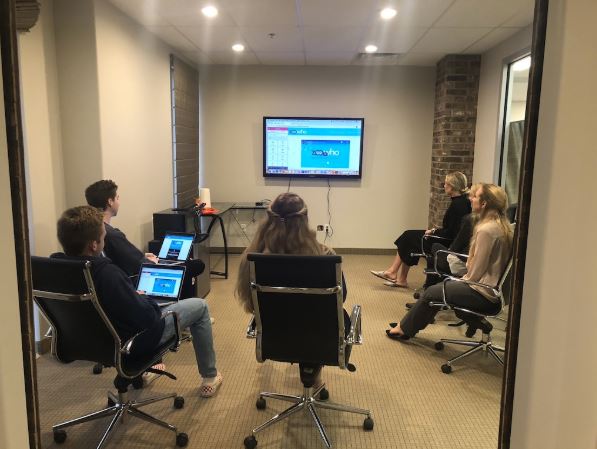 The goal of ZooWho has always been to bring people together and provide them with a tool that makes them a better friend, family member or give someone the edge in business. We’ve found that social media (like Facebook, Twitter and Instagram) has reduced many of our relationships to surface level or tech-only interactions. Gone are the days of the birthday card received in the mail. Instead you get a “facebook post” on the day of your birthday. Pathetic. We can do better and be better. That’s what ZooWho is about.

Would you ever sell the company?

If a potential buyer can take what we’ve created and make it even better, I’m open to acquisition. Right now though, we are all about making our app the “go-to” app for people. That involves listening to our users and then programming as quickly as possible to get those new features into the hands of the users. ZooWho hopes to release a substantial update every two weeks.