Eliminate Non-Violent Crimes in the Country From $16.4 Billion Losses Due To Property Crimes to $0

Helped the local police solved their first crime within the first 60 days of completion.

The idea of Flock Safety actually came from my own experience. My neighborhood in Atlanta had become subject to some property crime and I just felt that there was a solution to this very real problem. This led me to approach the police with questions about what neighborhoods could do to help them solve these crimes even better. They told me if neighborhoods could provide a license plate, this would be the actionable evidence they could use that not only stands up in court, but helps them track leads even better. 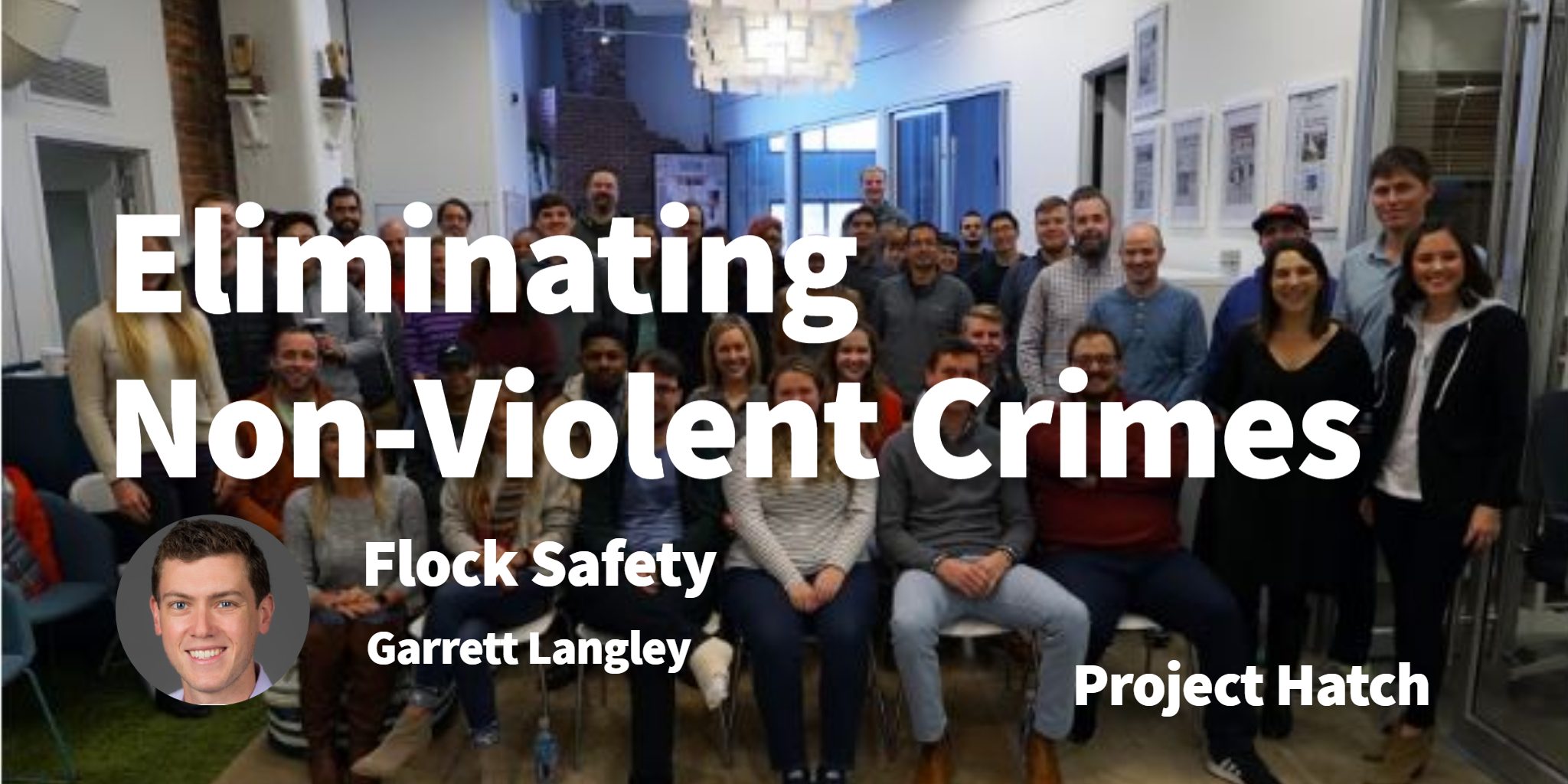 As an electrical engineer graduate from Georgia Tech, building this was something that was already in my wheelhouse so I decided that I would be a problem solver. I looped in my good friend, Matt Fuery, and we set out to build our first neighborhood license plate reader. Within the first 60 days of completion, we helped local police solve their first crime. This is how I knew that we can serve neighborhoods in a capacity that no one else had ever done before. I took what I discovered, pitched it and we were able to start this company by raising over $2M in our seed round.

We want to serve anyone who has a road and a community that they care about. That usually means HOAs or neighborhood groups, but it’s not exclusive to them. We also have police, business, residential, and business district customers who use our cameras to help solve crimes every single day.

The best place to start is to see if the product is viable in the market you’re looking to serve. As I mentioned before, we made our first arrest within 60 days of completion of the first camera, so we knew that the cameras worked. The next task was to see if we could show others in the area that it was an effective tool so we went very grassroots and used the door-to-door, word of mouth campaign and pretty shortly, we were able to spread across Atlanta. The cameras worked and I think that was a major selling point. We were going to be able to help communities catch the person that was stealing packages or breaking into cars and committing all types of property crimes. It took a lot of dirty work, but no great company ever started without people willing to get their hands dirty for extended periods of time.Since March 2017, the company has exhibited double digit month over month growth. As a result,Flock Safetyhas raised over $20 million in venture capital from leading firms YCombinator, Matrix Partners, Founders Fund, and Initialized Capital.

I have a little over 10 years of experience in early stage companies across Banking, Automotive, Live Events, and Sports. Prior to Flock Safety, I helped launch Clutch and Experience and was able to help lead the sale of Experience to Cox Enterprises for $200 million in 2014. Because of these experiences, I knew that Flock Safety was something I needed to create and could create. I became passionate about stopping nonviolent crimes and wanted to have a hand in doing so. I believe that this is a cause that everyone can get behind so I can say that I’ve had a lot of support from every end of the spectrum from family to friends.

It takes a strong mission to motivate you when things don’t happen as quickly as you would like them too. That’s why we set “eliminating nonviolent crime” as an end goal. We do feel this is attainable, but we also understand this takes a lot of hard work. This country alone experiences over $16.4 billion in losses every year due to property crimes. That’s a number I’d like to see go to $0.

My advice for any founder and early stage CEO is to stay the course, set a strong mission, and work as hard as you can everyday no matter the highs and lows. I like aggressive goals. They set the tone for what you’re trying to achieve, but it’s also good to remember that growth comes with growing pains and patience. It means being able to adapt with changing seasons and interests and not being defeated by failure, but learning from it. If you can master that, your company will have no problem growing and becoming better every year.

What are your favourite books and podcasts?

Yes! We are just getting started and expect to launch a handful of new products this year, all focused on eliminating crime. We’ve seen that when we can use tools to work together, they’re even more successful at helping police get the evidence they need. We’re invested in doing everything we can to continue to build the solutions for every community and foster great public/private relationships while dramatically reducing crime across the entire country.