One of the best investments I put in my company is time.

Ever since I was a child I knew that I was passionate about two things – owning a business and making music. Being from a smaller city (Omaha, Nebraska), especially at that time, the idea of pursuing a career in music seemed way out of reach, but I knew I wanted to own a business.

After graduating high school, I attended Creighton University in my hometown. I can remember telling family and professors that I wanted to start a business after college. They all said that I should get a job first and then consider starting my own company once I got more experience. 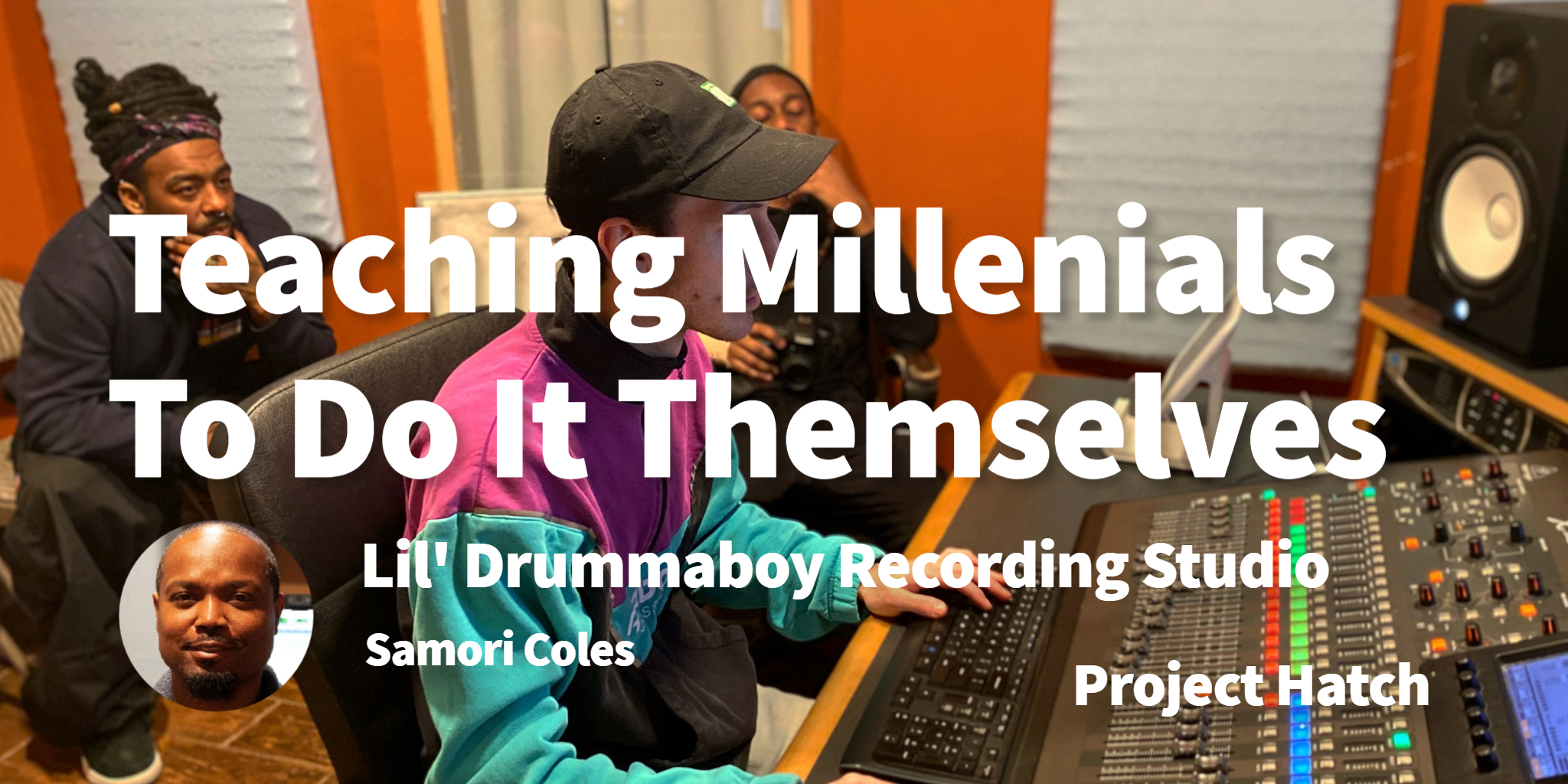 After graduating with degrees in Marketing and Finance, I began my career as a financial analyst working for Union Pacific Railroad. It didn’t take long for me to realize that I wasn’t passionate about cubicle life. While I enjoyed financial analysis, I wasn’t in love with the industry or the idea of spending the next 40+ years doing something that I wasn’t excited about.

It was around this same time, the mid 1995-96, that a buddy of mine from the North Omaha neighborhood I grew up in had built a small recording studio in his bedroom. It was a very rudimentary setup that included a couple of cassette decks, casio keyboard, radio shack mixer, microphone and drum machine. But, from the very moment that I saw what he had put together I knew that my life would never be the same.

During the day I crunched numbers in a cubicle, watching the clock and painstakingly counting down the seconds until I could peel off the suit and tie and go to my friend’s house to create music. Within 6-months through a series of convenient events, including the development of a new local radio station, we ended up getting one of the songs that we created in the home studio on the radio. This changed everything.

While we didn’t know anything about the music industry, we did know that a song that we conceived was getting regular radio rotation and being heard all over our city. Soon, that one song turned to two, then to three.

I eventually started using some of my income from my day job to invest in my own equipment so that I could be more self-sufficient and not depend on my buddy to make music. As exciting as things were, I still knew nothing about the music industry and only had a rudimentary working knowledge of music production and audio engineering.

The turning point happened when I applied to and got an acceptance letter from the Wharton School of the University of Pennsylvania. This was a crossroads in my life. I knew that I did not want to work in a cubicle any longer. I knew that I wanted to pursue a career in the music industry. I knew that Wharton was the top business school in the country.

In the late summer of 1997 I quit my day job as a financial analyst, boarded a Greyhound bus headed to the East Coast and decided which road I would travel. It wasn’t Wharton.

I decided that I would build a music company and pursue the career path that I was most passionate about.

I ultimately set up my own home recording studio in a two-bedroom apartment in the Germantown section of Philadelphia. It certainly was not easy in the early days. In fact, I had to fall back on my college degree and work 9-to-5 on a few occasions to make ends meet and bootstrap my business.

I called my company Lil’ Drummaboy Recordings. I printed out 8.5 x 11 inch flyers with my phone number conveniently printed on tear-off strips at the bottom. I posted these flyers on every light pole and available surface area that I came across.

Soon, I started getting a few calls from folks that wanted to record their own music. At first I was making about $45/week producing and recording. As the musical projects that I was involved in started to get local attention I began getting more clients.

By early 2000 the digital age of audio production and recording was under way. The technology was so new that there weren’t a ton of people who knew how to use computers to make music.

I invested in my first computer and started using these new technologies. It was very difficult in the beginning. A lot of trial and error, reading any book about audio engineering that I could get my hands on, and dissecting the manuals of the software that I was using. Times were tough. My family and friends from my hometown thought I had made the biggest mistake of my life leaving a good paying job and forgoing an education at Wharton. At times, I wondered if they were right.

It was hard to work a consistent day job and build my company. The last job that I took involved shadowing at-risk youth, one-on-one during the school day. I took that job because it ended around 3pm every day, so I could spend the rest of the day working on my business.

One of the smartest things that I did, looking back, was to have a website built for my fledgling company. This was the early 2000s. I didn’t know how important the web would eventually become, but I knew that I was working out of my apartment studio and I needed to leverage as many advantages as I could to showcase my brand and portfolio.

As a sole business owner without a staff there are two primary assets of value. Time and money. If you don’t have one, then you’d better make the most use of the other. For me, I had to use my time to learn as much as I could about as many fundamental aspects of my business that I could. Again, in the music industry at that time, as it is today, technology was a core pillar that I spent a lot of time learning and understanding.

In 2003, because of the time that I had spent learning to use computers to produce and record audio, and actually producing and recording projects for dozens of clients, I was given an opportunity to move my recording gear from my apartment to a small room inside of the Clef Club of Jazz and Performing Arts in Philadelphia. This was my opportunity to operate out of a commercial space. It also marked the end of me working for anyone else.

The time that I spent learning both the technology of my craft, and the craft itself, soon paid off when I started getting asked to teach others how to record and produce music using computers. I turned this demand into a ‘Music Technology & Recording’ class.

There were numerous people who, like me years earlier, were not happy working 9-to-5. They were musical creatives that always wanted to produce, record and/or perform music, but didn’t know how to get started. These folks would become my tribe. The 18-45 year olds who just needed the training, mentorship and guidance to pursue and achieve their true career goals.

Within 3 ½ years at the Clef Club my business had grown in both reputation and revenue. I was able to lease my own commercial location and move my operations, which primarily consisted of producing and recording audio projects and training folks that wanted to pursue careers in the music business, to its current location in the heart of center city Philadelphia.

What is the current revenue? If you don’t mind sharing.

My early investment of time spent understanding websites and SEO would pay off handsomely as that would be my primary source of new traffic and customers for more than a decade.

Today, what began as an apartment studio that made $45/week has grown to a multiple six figures music company that records numerous musical genres, podcasts and audio books. It also operates as a recording and production school whose students have been nominated for Grammy's, been hired by Fortune 50 companies, hired by commercial recording studios, opened their own recording studios and so much more.

My business now has a small staff of 5 people and a system that allows me to focus on the growth of the business. We are launching our audio engineering and music production training programs as online courses in the Spring of 2020.

I had no idea where this journey would lead more than two decades ago. In fact, if someone would have told me that there would be so many twists, turns, struggles and frustrations early on, I’m not 100% sure that I would have signed up for the ride. But, that’s the thing about starting a business. If you are passionate about and love what you do, the sacrifices appear as merely speed bumps in the road. Because, the fact is I personally would not want to be doing anything else.