How We Built the World's First-Ever Email-Based Retargeting Software

Starting GetEmails is both a gradual decision and a lightbulb moment. I have been obsessed with the identity market for years, and investigating how to actually go about doing what GetEmails does since late 2017. We finally figured it out, and our original plan was to make it a differentiating feature for our Email Marketing application, Robly. 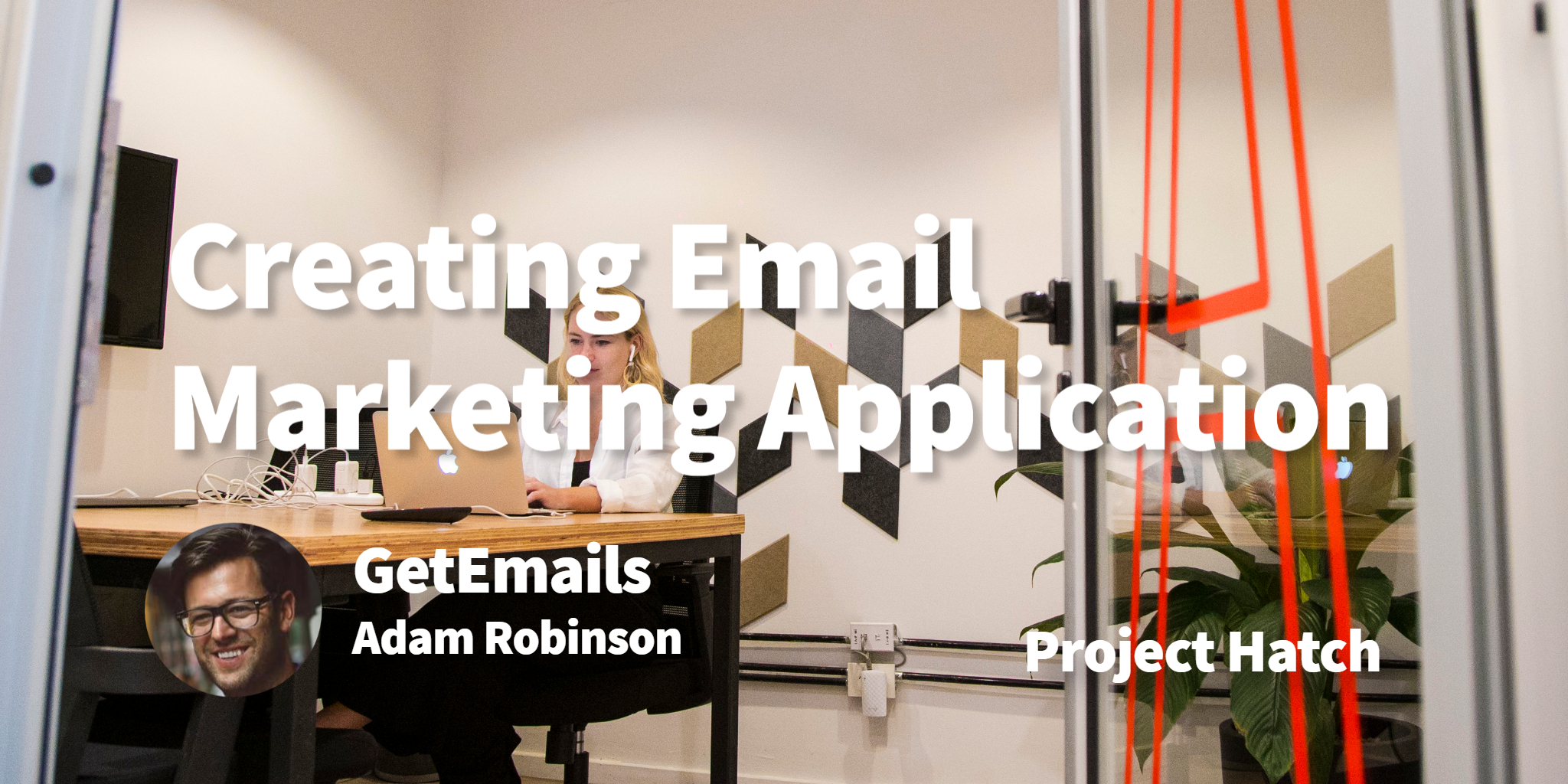 Two things happened that made us all-of-a-sudden decide to make GetEmails its own product:

We decided it was a pretty crappy product if it was stuck inside of Robly, but would be a great one if we integrated it with everything and made it super-easy to set up and use.

GetEmails was a feature in Robly that allowed our customers to identify up to 35% of their anonymous traffic.

After a couple of months of releasing the feature to our Robly customers, we did a bunch of user surveys and were getting a 10/10 response from a few different types of users to the NPS question - “how likely are you to recommend this to a friend”? After that, we deemed it a worthy pursuit.

The business was bootstrapped. We launched Robly in 2014 and we’ve grown profitably for the last six years … so kind of.

What is the funniest/most strange customer request you’ve had?

Anne, our Head of Product, was hit on after denying a customer. A client complained about his Robly account, which was flagged by our compliance team. He was enraged and said that we should replace our people in the compliance team because they are mistaken. When Anne said that we will be closing his account, he toned down and asked Anne if they could meet.

Robly funds GetEmails. I originally funded Robly from saved money from my 10-year credit default swap trading career at Lehman Brothers. GetEmails grew to 1,000+ users in just three months. These users have been able to use additional contact information to increase ROI by 10X and get 4x the open rate vs. opt-in email lists.

I met my co-founder Tate Blahnik (CTO) through my brother. He swam with my brother at Stanford University in the early 2000’s and had worked for him in the past.

I am a big fan of nurturing relationships with people on LinkedIn.

That’s the way I found Diana Ross - our head of sales. I was trying to learn about the sales process at her former company, Maropost, and how they sold the same product I was selling for $60 for $9,000/mo. It has turned into a wonderful and lasting business relationship. She is an absolute star.

What motivated you to start Robly?

I wanted to get out of trading and finance. The “4-hour workweek” and “rework” life were intriguing and motivating.

Fast forward six years and somehow we managed to accomplish exactly that a remote, profitable, and growing entity with a stellar team.

Very few of my friends understood Email Marketing, but when I told them we had found a list of 250,000 of our competitors paying customers online that the competitor didn’t know about, they thought it was a pretty good opportunity to pursue as a first-time entrepreneur.

Big margin of error there. And we needed it.

The fact that there is so much upside to figuring it out and getting it right. We’re off to an unbelievable start and we haven’t scratched the surface yet.

The end goal is unclear. We’re 3 months in. I have no idea where churn is going to shake out. That will determine the end goal.

Spend as little money as possible, don’t spend until you absolutely have to, treat every dollar like it is the most precious thing on earth and know that your first time you are going to make 1000 mistakes … Just try to live through them.

Your second time will be much easier.

Facebook ads and outbound had driven most of our sales.

We haven’t nailed down our mid-market outbound process yet. I’m looking for coaches and mentors right now. We’re all cold email and I’m personally of the view that it doesn’t work well anymore.

We’re trying to build a brand. There are a few vendors that offer a similar product to our offering, but it’s a feature inside a much larger offering. It seems like really leaning into this one thing and doing nothing else is helping us quite a bit.

We don’t have patents... I don’t believe in software patents. Anyone can build anything. You have to differentiate with brand and being the first-est with the most-est.

Justworks - takes the headache out of everything payroll and compliance

What are your favourite books and podcasts?

It’s not a book, but everybody should read everything in the Y-Combinator library, then contrast it to the 2 37 signals books, rework and remote.

Decide which of the two routes you want to go down. With Robly, I picked Rework/Remote. With GetEmails, I’m sticking with Y-Combinator core values but going to self-fund it.

For podcasts, Tim Ferriss, Joe Rogan … couldn’t be any more boring than that. But it’s true.

We’re launching an affiliate program in March, which people have been asking for. 20% recurring commissions for life. Ooh-la-la.

In terms of revenue, I’m not going to right now but we launched in November and we’ve had a VERY strong start, in terms of MRR.