How We Developed a Software That Automatically Transcribes Audio to Text, Subtitles Videos, and Voices Over Videos

Maestra started out as a college hackaton project to having 4,000+ users.

Maestra started out as a college hackathon project when one of our co-founders was trying to watch a youtube video in a language that he couldn’t understand. He came home late one night from studying and wasn’t able to keep his eyes open, but still wanted to hear the video. Since he was too tired to see the subtitles, he thought to himself “what if I could press a button and hear this video in any language I want?” That’s where Maestra was born! We entered Maestra into Binghamton University’s hackathon project and won the award of “Most Viable Business.” After that we thought to ourselves: “maybe we should give this a go!” As soon as we graduated, instead of looking for jobs, we decided to build Maestra full time. 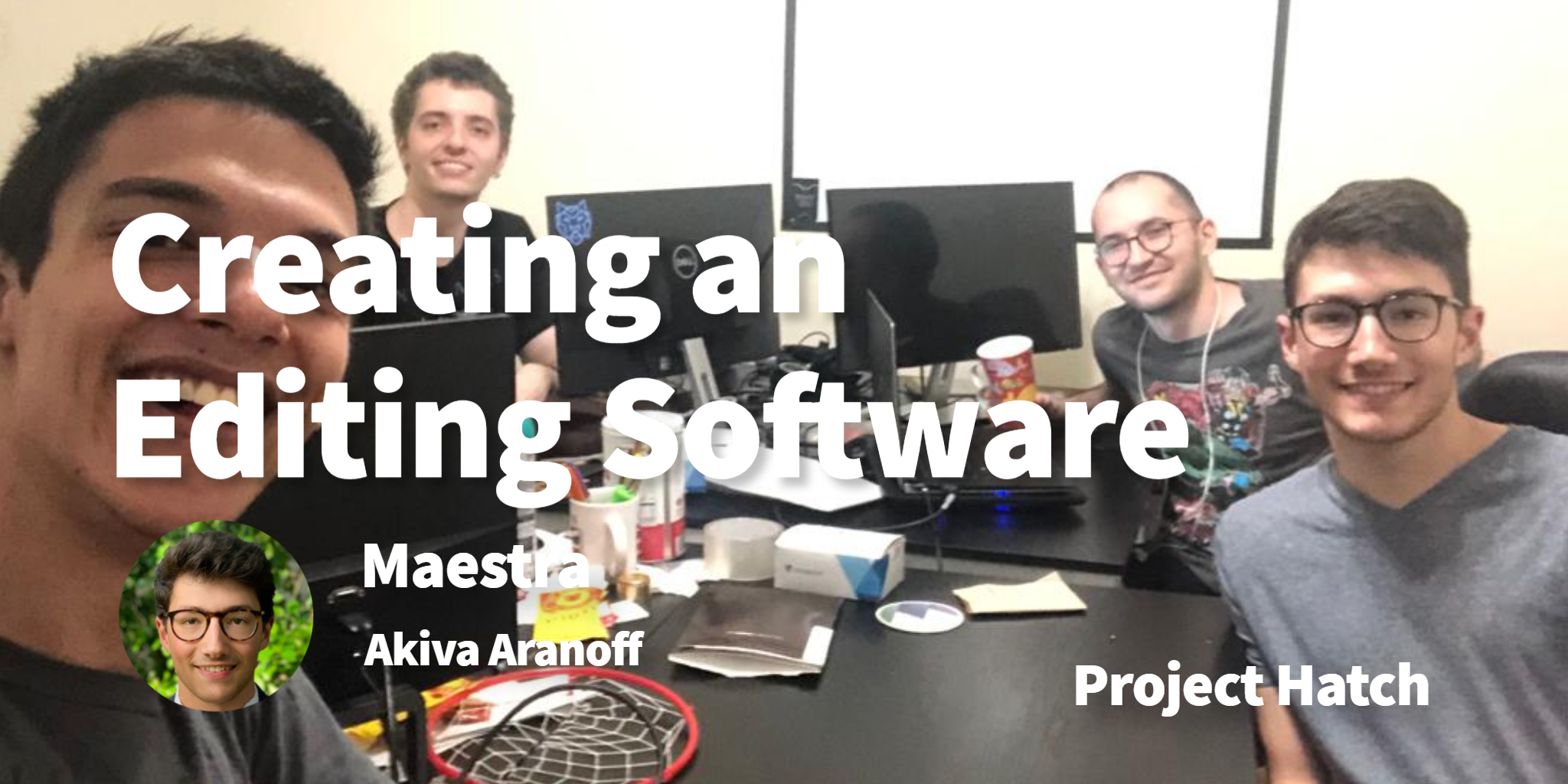 Our first customers came through online ads, and more specifically google ads. Since our software is targeted to a specific audience, we felt that people searching for something similar to what we offered would be a good way to start. We targeted keywords such as “Turn my audio file to text” for our transcription software, and “subtitle my videos automatically” for our captioning software.

We launched the beta version of the software after about six months of building it. We were staring at our monitors early one morning in April while waiting for our first payment to arrive. As soon as the first payment came through we were so excited that we ran into our co-founders room and woke him up to let him know. He wasn’t too happy to be woken up, but when we told him what happened, he quickly forgave us!

We validated the idea by reaching out to people in the industry to see if our software was something they wanted. We also felt validated by our hackathon win. We continued reaching out for advice and asking for feedback from our early customers. When we started the company we didn’t have any experience. We barely knew what we were doing, but we kept on researching what we needed to get done to learn what we didn’t know. Google search was our other cofounder!

When we started we didn’t raise any money. We put our savings into the company and lived in a small apartment in East Harlem. We converted the living room into our full time office: but it was definitely a step up from our previous office which was a college dorm room.

Our target audiences are media, marketing, and educational content companies that have videos they’d either like to transcribe to text, or subtitle and voiceover to foreign languages. Our software offers many different features such as the ability to transcribe videos to text automatically, and the ability to subtitle and voiceover videos automatically to foreign languages. We found that companies that have an international presence don’t want to pay $1,000’s of dollars to subtitle an hour long video, when they can pay $10 for the same video with us!

We funded the idea initially with our savings, and as we started bringing in customers we began using some of those revenues to pay for our rent and food expenses. The four of us met when we were studying at Binghamton University in New York. Two of us had a class together sophomore year, and from there we became friends and eventually decided to build the startup.

Finding employees can be difficult especially when you're at such an early stage and people aren’t sure if the idea is actually worthwhile. We found the best way to go about finding people is to reach out to friends who’d be willing to work for equity and not pay. This ensures that they believe in the idea and are willing to put the time into it. Early stage companies require a lot of work, and it’s crucial that the person being brought on is willing to put in the extra hours needed.

Before starting Maestra we were all university students, and this was our first time starting a business. We had this great idea that we felt needed to get built since no one else was doing it. We thought to ourselves that now is the perfect time to start a company since we don’t have a lot of responsibilities and we can focus on building our company day and night. One main concern starting out was that with living in the city, food could get expensive. Since Ramen noodles come in Beef, Chicken, and Vegetable flavors, we realized all of our major food groups would be covered! Our families and friends were all supportive of us starting a business. We got a lot of encouragement from our friends who thought it was “the coolest thing ever” that we built our own company.

Our motivation when things go wrong is that we have customers that keep telling us they love our software. We realize that there is a real need for what we offer, and when we have people relying on us, we don’t want to let them down. 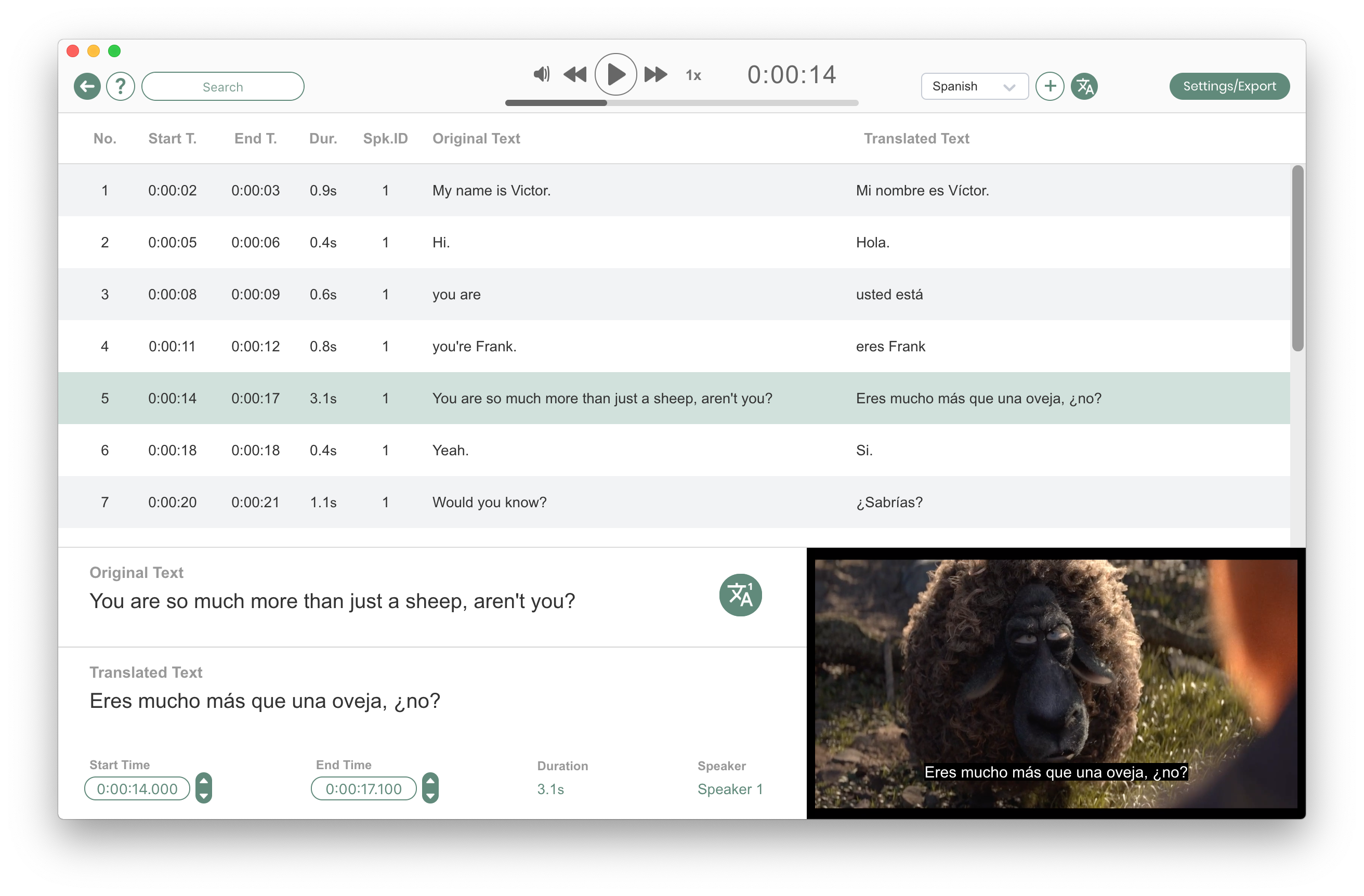 Our advice for someone starting out is to validate your idea as much as you can. Reach out to people and ask them what they think. I hear too many people tell me that they’re starting a company but don’t want to share their idea because someone might steal it. What makes or breaks a company is how you execute your idea, and not the idea itself. It’s better to ask people for their opinions then it is to spend a year building something that not many people want. Creating a roadmap and understanding how much money you have, and how you plan on marketing your idea is also crucial. When I ask people about how they plan on marketing their idea, they don’t usually have an answer. “If you build it, they will come” is unfortunately a theme I hear a lot.

A good example that shows the importance of execution, is the “videotape war” between Betamax and VHS in the 70’s and 80’s. Betamax offered a more superior video recording system but JVC, the company behind VHS, was able to better execute its strategy, which is why most people have used a “VHS” but very few people have used, or even heard of a “Betamax.”

We’ve found that a lot of customers come from online ads such as google, as well as from posting on websites like Quora. As more people started using our software, they began sharing our service with their colleagues, as well as emailing their transcripts using our “share” feature.

The main thing stopping us from being 3x the size we are now is that as a small company there’s a lot that needs to be done, and not a lot of people to do it. That’s why it’s so important to budget time wisely!

Competition to us isn’t something that we find scary, but we look at it more as a challenge. Our goal is to build the best product that we can offer. Competition is something that pushes us to grow and build better products.

We don’t have any patents. We’ve coded pretty complex algorithms, but we felt that the best use of our time is to focus on building a great product. Getting a patent can cost upwards of $10,000 and can take a lot of time and energy for an early stage company.

The apps that have been helpful to us are:

- Gsuite: for email and easily creating and sharing documents with each other.

- Mixpanel: Seeing what path users take and what we can improve on.

- Zendesk: Letting customers chat with us in real time.

- Sendgrid: We can send customers important emails about our service.

What are your favourite books?

Two of my favorite books are The Hard Thing About Hard Things by Ben Horowitz, and Bad Blood(not the Taylor Swift song) by John Carreyrou.

Bad Blood is a cautionary story about a startup that had an amazing idea, but whose founder became so obsessed with success that she acted unethically by doing whatever it took to convince investors and the public that the company was successful. They had well known politicians, powerful CEOs, and famous lawyers on their board, as well as multiple billionaires investing in the company. Theranos has since been shut down, and it’s founder indicted. Success is important, but we need to realize that acting ethically and responsibly is more important, as well as the right thing to do.

What are your next steps for Maestra?

We’re currently working on releasing a web application so users can transcribe, caption, and voiceover their media files online instead of having to download software. We hope to have the webapp up and running in the next month or two.

In the next 5 years, we’d like to have our software be available for all parts of the video making/distribution process. So a customer could theoretically upload their video and be able to make any necessary changes to the software using our platform. From editing the subtitles, to cutting segments, and touching up videos, as well as to being able to automatically release videos to the social platforms of their choice through our software. Our focus right now is on continuing to build our software and grow!