Channing Tatum Was a Stripper Before Turning To The Big Screen

Tatum tried his hand at multiple jobs before acting. His first job was a roofer before moving into a role with less clothes. He worked as a stripper for 6-8 months before moving on. Tatum earned his first prominent role as a dancer in Ricky Martin's "She Bangs" music video in 2000. 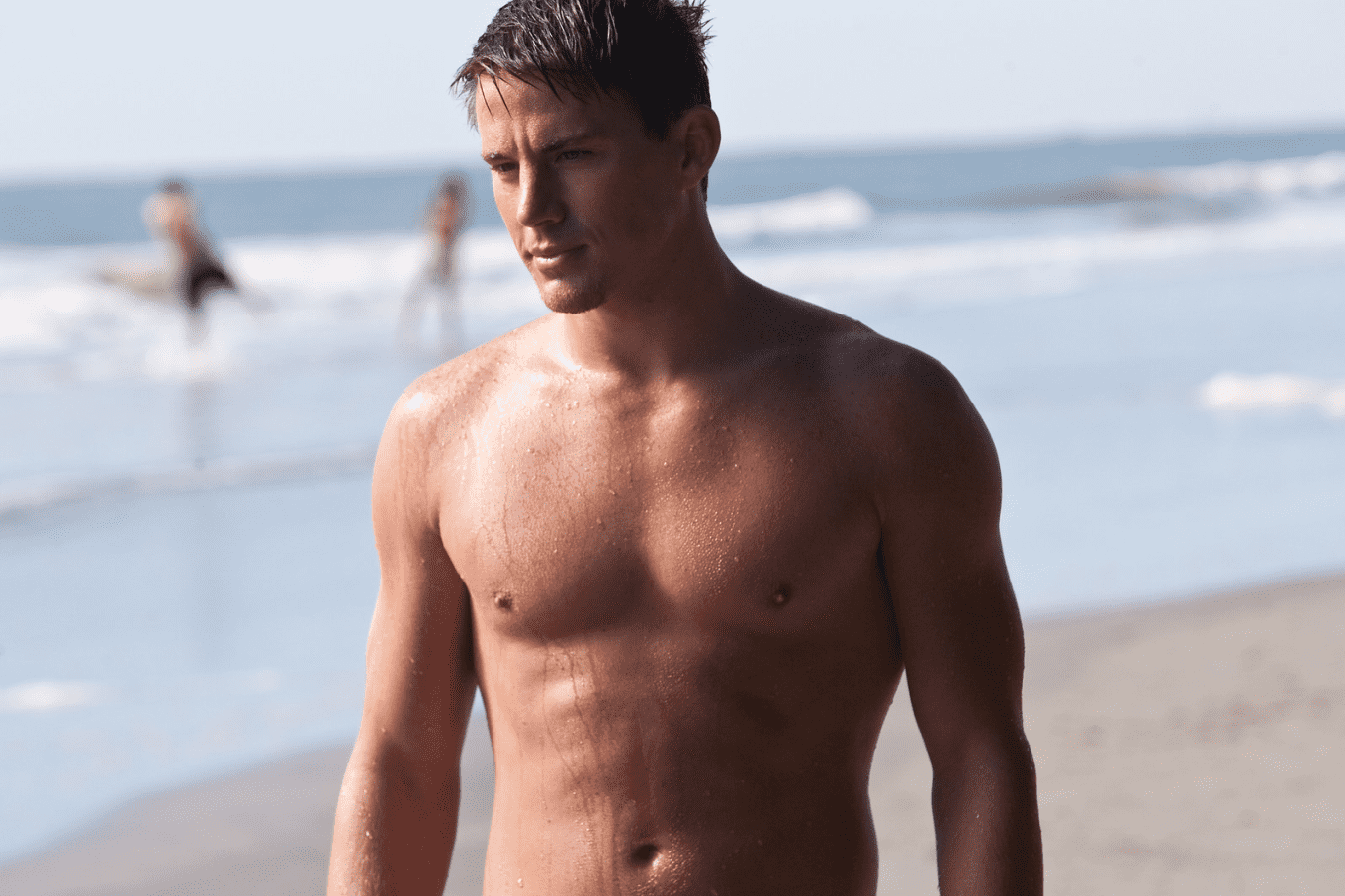 Headshot At The Beach

Channing Tatum made his movie debut in 2005 in "Coach Carter" with Samuel Jackson. Since then, he has gone on to star in 40+ films including Step Up, 21 Jump Street and G.I Joe: Rise of Cobra.

He later worked on the other side of the camera. Channing was an executive producer for 21 Jump Street, White House Down, and Earth Made of Glass. Tatum has also worked as a voice actor for The Lego Movie, Dark Hoser, and The Book of Life.

Tatum's net worth surged in 2012 where appeared in 5 movies. They alone grossed ~$600m at Box Office. The following year, G.I Joe 2 and White House Down grossed over $500 million worldwide. Featuring in these films has contributed to his $65 million net worth.

Tatum performances have earned him much acclaim. He has won more than 20 awards, including Best Comedic Performance in 2014 for "22 Jump Street". He received the Special Distinction Award in 2015 for "Foxcatcher," and the People's Choice Award for Favorite Movie Actor in 2016.

As a child, Tatum struggled with dyslexia and attention deficit disorder, which led to trouble in school. He finished his high school at Tampa Catholic High School. Tatum credits his mother for doing his homework as the reason he managed to graduate. He attended Glensville State College on a football scholarship but soon dropped out when he felt football was becoming more like a job. Tatum lasted one year.

Tatum married his "Step Up" co-star, Jenna Dewan, on July 11, 2009, after meeting on set. The pair had a daughter named Everly in 2013. However, their partnership didn't last long. Tatum and Dewan announced that they were splitting on April 3, 2018, and filed for divorce that same year.

After his relationship with Dewan, Tatum dated Jessi J, a well-known British singer. Their relationship went public in 2019, but it is rumored they were together before announcing it.

However, the two ended their one-year relationship in November 2019. Channing and Jessie have different priorities. Tatum needs to be in LA so he can spend time with his daughter while Jessie prefers England.

Tatum took a significant financial risk to produce Magic Mike. He and co-producer Steven Soderberg financed the $7 million budget for the film themselves. They also paid Warners Brothers to distribute the movie. It proved to be a risk worth taking when Tatum and Soderberg earned $60 million from the box office, DVD sales, and streaming. Magic Mike is now performed in theatres across the globe.

Channing Tatum has had a fascinating life both on and off the screen has led to a net worth of $65 million.