Toygaroo - 'The Netflix of Toys'

Toygaroo shot to fame on Shark Tank when it gained the backing of two investors, Mark Cuban and Kevin O'Leary. 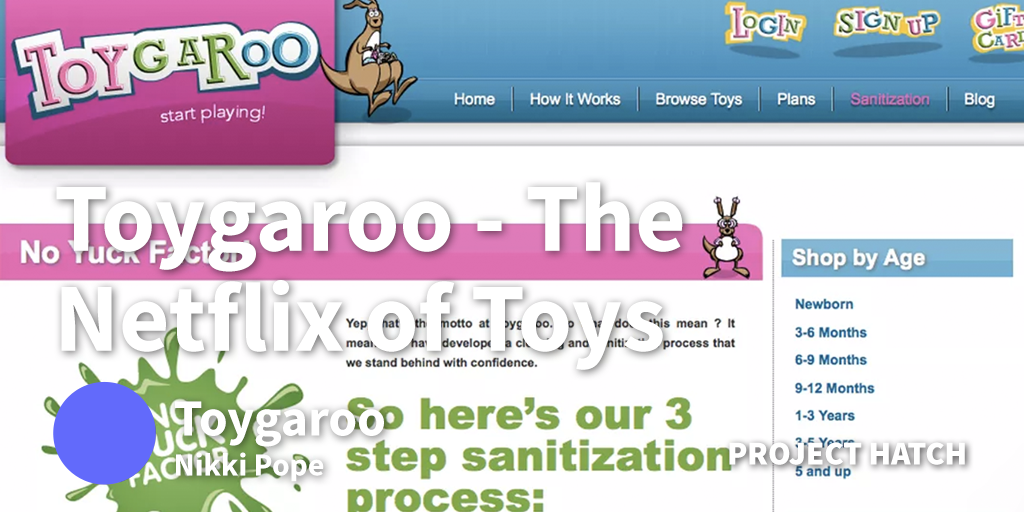 The concept was simple - a toy rental service. Toygaroo marketed themselves as the "Netflix for Toys" where parents could choose a subscription that included the number of toys they wanted. When their children got bored or wanted a different toy, they were sent back and replaced with a new one. There was the option to purchase the rented toys if families wanted to keep them.

Nikki Pope did well with publicising the brand. In addition to Shark Tank, she also appeared on The Nate Berkis Show, CNN, Saturday Night Live, CNBC, ABC News, Good Morning American and others. It would be difficult to say company went down due to lack of publicity. As with a lot of companies who apply for Shark Tank, they applied for exposure as much as the funding.

When Shark Tank aired it the exposure came. After gaining $200k in funding, the backing of two sharks and O'Leary's past toy industry connections from Mattel it seemed as though they were heading for success.

However, a year after gaining investment the company displayed a message on their website saying they would not be taking on any more clients due to "tremendous growth". The company was not meant to be however. On April 6th 2012, just a year after gaining investment, they filed for chapter 7 bankruptcy. O'Leary would later describe the investment as the worst deal he's made on shark tank, saying the group had a strong idea but, "proved unable to execute."

Where did it go wrong?

The spike that proved problematic in a business that would need a huge inventory to deal with the surge. Additionally the cost of shipping proved tricky. Each toy was a different weight and size and the company committed to offering free shipping.

O'Leary's connections with the toy industry were not paying off - they found themselves seeing toy prices cheaper when purchasing in local stores rather than the wholesale prices they were buying at.

The cheapest Toygaroo subscription plan was called the Joey Package and was priced at $24.99. It included four toys at a time and shipping both ways was free. Toygaroo's more expensive packages included 6 or 8 toys and were priced at $32.99 and $42.99 respectively.

Shipping and inventory costs were soaring and under scrutiny the company was pressed purely for growth. The needed more funding. Funding that would not arrive.

What Could have Been Done Differently?

The biggest problem Toygaroo faced was cash flow. A problem that was self-inflicted through deciding not to charge shipping and thrust upon them by the airing of Shark Tank.

Rather than ordering huge amounts of inventory and shipping it out on slim margins they could have created a waiting list for orders. Shark Tank generates a lot of curiosity purchases which could lead to higher churn rate. Ordering inventory based on this is risky. Additionally, charging shipping for larger toys would have helped increase margin.

The cheapest package was $24.99 and it is unlikely that shipping both ways would be less than $10 total so margins were already thin. In addition, the lifespan of the toys is unclear. Would Toygaroo really check every piece of a 1000-piece puzzle is in the box? How many time could a doll be played with before the next customers parents become uncomfortable?